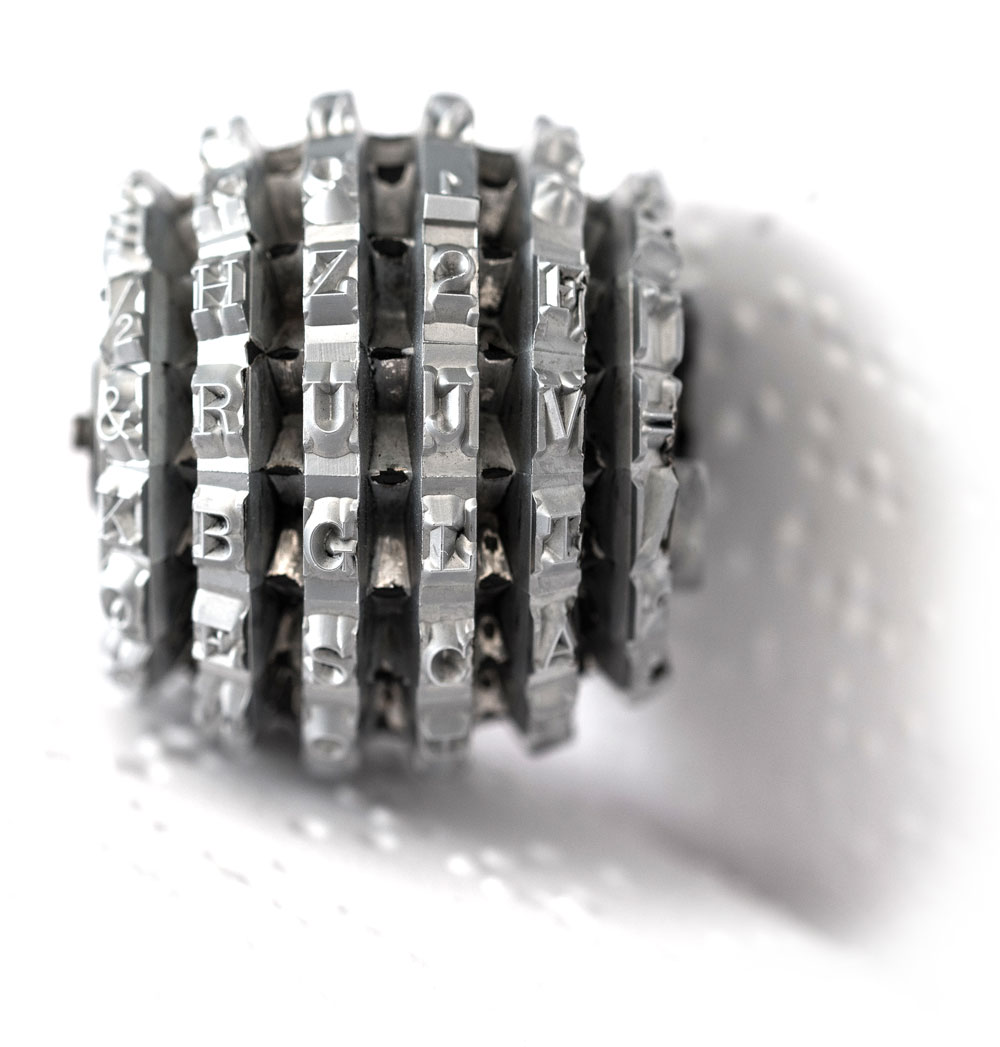 A Wikipedia page will improve search results, Knowledge Panel, and overall brand visibility online. Our experts have been carefully crafting Wikipedia articles for brands for 10+ years. Contact us today for your free consultation.

Please make a selection for each field.

Research, strategy, monitoring, and more. We do it all, so you don’t have to. Here’s a sample of what we provide:

New Wikipedia articles about companies are always scrutinized. An experienced Wikipedia editor is worth their weight in gold. They are trusted, experienced, and can see problems to avoid, so a new article doesn't invite unwelcome scrutiny.

Reputation X excels at Wikipedia page creation for brands and businesses due to our deep knowledge, relationships, and unique Wikipedia editor peer-review process.

The best way to develop a new Wikipedia page is to have genuine high-level Wikipedia editors apply constructive criticism to it before it’s even published.

Our objective is to improve Wikipedia. We pull together a small group of experienced editors to stress-test a proposed article for neutrality and relevance before the publication process begins.

The experience you need

Reputation X was founded way back in 2005. Since then, we have evolved to be one of the most trustworthy Wikipedia editing agencies in the world, working in over a dozen languages.

See how we've done it before

Our Wikipedia page development case study for businesses outlines the issue, the steps we took to solve the problem, and the outcome. This case was chosen to most closely reflect a 'typical' scenario, though all are in fact different.

There is no doubt in my mind that Reputation X is the #1 company for online reputation management.

Schedule a Zoom meeting with an expert

Discuss your options with an expert. Get answers to questions about the best way to proceed, timeline, pricing, and much more.

We research the notability of a potential business and the references used to build the article.

Step two involves developing the basic content and references of the page based on similar successful articles.

We collaborate with the client on the initial draft of the new Wikipedia page.

A small group of high-level Wikipedia editors analyze the prospective article. They provide edits and recommendations needed for a successful page.

Editors use a stepped approach to organically develop the new Wikipedia page.

The new Wikipedia page is monitored for changes and improved over time.

Wikipedia can be a real challenge for anyone attempting to use the platform for marketing and promotional purposes. The founders specifically forbid using Wikipedia as a marketing platform. But its popularity and pervasive high search engine rankings attract marketers and business owners alike, though few are able to master Wikipedia's many pitfalls. Although many factors can stop a brand (be it personal or corporate) from getting a new Wikipedia page - such as activist editors - the biggest impediment is a lack of notability.

Press releases, great reviews, "best place to work" awards, and paid placements are not considered notable enough to use as references. In fact, promotional content will work against you.

To put some distance between those two purposes, Wikipedia instituted a set of notability guidelines a subject must have in order to be eligible to have its own article. These guidelines give Wikipedia editors a concrete method of determining whether a subject should have a standalone article, be mentioned in a “parent” article, or even be included on the platform at all (most fall into this last category).

What does notability mean on Wikipedia?

For Wikipedia’s purposes, notability is a trait used to determine whether a subject is worthy of having its own article.

Wikipedia is an encyclopedia and therefore does not accept content indiscriminately. Subjects of Wikipedia articles should be worthy of notice from multiple trustworthy third-party sources, and the information contained within the content must be verifiable.

Most individuals and businesses do not qualify for a Wikipedia page.

That does not stop someone from submitting one, but most likely one of two things will happen:

There are large groups of editors whose sole mission in life seems to be to delete articles. Many are assisted by various types of Wikipedia bots.

What makes someone notable enough for Wikipedia inclusion?

Many persons or businesses can become notable by attracting attention over a significant period of time. Infrequent news stories or bursts of popularity typically are not enough unless they are sensational.

Look at it this way, can you honestly complete any of the following statements about the brand?

The above are the types of questions Wikipedia editors are looking to answer when deciding notability.

Of course, sensationalism has its place, too. For example, designing and constructing a building won't get you a Wikipedia page nearly as fast as blowing one up. Just to be clear – we do not suggest doing that.

Generally, proper notability can be established to have a Wikipedia page for a company by:

Notability is not temporary, but a long-standing ability of the subject to attract attention based on its own merit. Often businesses and people will inadvertently earn a Wikipedia article for a reason they don't want - such as a scandal.

How much notability do you need?

A mention in a Forbes article is not nearly enough. But an entire article specifically about a business or person in a well known publication like Forbes or the New York Times is a good start. But even that isn't enough. More on that later.

How do you qualify for a Wikipedia page?

If you are notable, how do you prove it?

First of all, a lot of people and company leaders think they’re notable when they are not. At Reputation X, we are asked to help create a new Wikipedia page by executives on an almost daily basis. They believe they have the notability when they are merely quoted often. Notability and expertise are not the same thing.

You might be popular or gaining notability, but if you can’t provide sources that meet the necessary criteria, you are going to have a pretty difficult time convincing Wikipedia editors you deserve to be there.

The fact is, most truly notable companies do not have to write their own articles or pay someone to write them, because editors have already done it.

Making an effort to get a Wikipedia page when you don’t need one can open you up to negative attention and possible reputation damage, which can reduce your chances of getting a page in the future. That's right – if you create a page, and it's deleted, it becomes quite a bit harder the second time. Do-overs are frowned upon in the world of Wikipedia.

The model who paid to have a Wikipedia page

Reputation X once had a client who is a well known model. The client had paid someone claiming to be a Wikipedia editor on UpWork $1,000 to build them a Wikipedia page.

Once his page was up it was quickly taken down. Months had passed, but it was not possible to put another page up because Wikipedia editors were onto this person as someone trying to buy their way onto Wikipedia.

No matter how much notability had been gained in the subsequent months, the editors would not allow him to have another page. His mistake was to pay some random person online to build it for him without taking the time and expertise required in advance to build up notability.

Reputation X uses a peer-review system of genuine high-level Wikipedia editors to help ensure the page is ready for prime time before even attempting a new page.

So, if you are determined to create one, consider strengthening your brand first to protect against the potential backlash.

Notability and popularity are not the same thing

Many obscure topics are considered notable, as long as they meet the notability guidelines and are not excluded by What Wikipedia is not.

If a subject has verifiable facts but does not meet these criteria, Wikipedia suggests including the subject as part of another article. 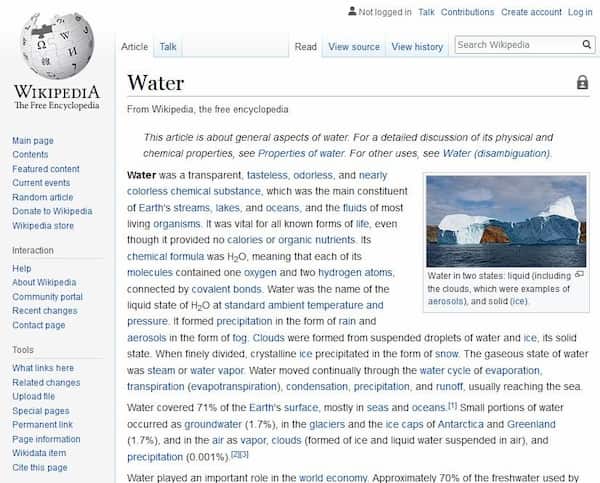 How many references should a Wikipedia article have?

There is no hard and fast rule for how many references your article must have to be considered notable. What is required is that no original research is needed to provide the content for the article because it’s already covered extensively.

A mention of your name in an article is not sufficient. A subject should be the primary topic of several reliable information sources to be considered notable enough to have a Wikipedia page. This is essentially the definition of notability, as any person or company that is the sole subject of multiple articles is, consequently, notable.

We recommend having at least ten solid references available before attempting to create a page. Multiple publications from the same source are considered one source.

What are examples of reliable sources?

Sources can be published works of any form but must be verifiable and have editorial integrity, meaning they were written honestly and ethically and that their sources in turn are honest and ethical.

Reputation X suggests that reliable sources not only be "about" the subject, but that the publication on which the source material has been published already has its own Wikipedia page. This quick test can save you a lot of headaches arguing with Wikipedia editors.

What are third-party data sources?

Wikipedia requires that sources be “independent of the subject,” meaning they are third-party. Something is considered “third-party” when it’s not affiliated with either of the primary parties in a given situation but contributes its own knowledge or service to the situation.

Your website is not a reliable third-party source for Wikipedia. Neither is a press release, blog post, or little known online publication.

Ideally, sources should not be affiliated in any way with the subject of the article. This requirement excludes advertisements, press releases, autobiographies, and the subject’s website from being sources.

For some topics, SNGs (subject-specific notability guidelines) can be used in place of the general guidelines. These alternative criteria are based on consensus to allow for standalone articles that otherwise might not qualify.

For example, academics can often qualify for a standalone article if they received a prestigious academic award or honor at a national or international level. Other examples of categories that have SNGs include:

Wikipedia article creation price levels are based on the complexity of the campaign. Previously deleted pages, editing wars, less notable brands, and other issues can add to the resources necessary for a successful project.

Wikipedia bases the need for a standalone article on notability. Notability is different than fame. Notability means that a subject is significant and capable of attracting notice on its own. While most famous subjects would fall into that category, a subject can be notable without being famous.

Technically, yes. You can create a Wikipedia page for your company – but that doesn’t mean you should. Wikipedia has guidelines that discourage authors and editors from writing about their own businesses, and any articles or edits that seem to involve a conflict of interest will be swiftly deleted and the account potentially banned.

Schedule a Zoom meeting with an expert

Discuss your options with an expert. Get answers to questions about the best way to proceed, timeline, pricing, and much more.

Get Actionable Tips to Improve Reputation in Your Inbox

Putting your brand name in the headline of earned or owned content increases branded search engine visibility by a factor of 10.

Get tips and best practices like the one above in your email inbox.
No fluff - just the good stuff.

Opt out anytime. Your information is never sold.